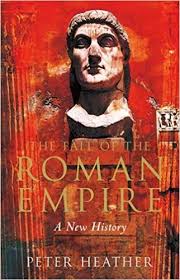 If you’re looking for a substantial bit of lockdown listening and/or reading, I can heartily recommend Peter Heather’s 2007 study of the collapse of the Roman Empire. I first downloaded it on Audible, but after listening to the whole book I realised that I also wanted a print copy for my collection – and in order to re-read some of the most important sections more carefully, particularly the final chapter in which Heather summarises his thesis about what lay behind Rome’s demise.

I should say at this point that I’m not a historian, so I can’t judge what the current consensus is, if any, on the main reasons for Rome’s collapse. Certainly when Heather first published this book his was – as he clearly states – a dissenting voice. Rather than accepting the thesis that the Empire collapsed as a result of internal weaknesses and divisions (a line that stems ultimately from Gibbon), Heather stresses the role of the barbarian invasions, with the Huns as a motor of those invasions both directly and indirectly. He makes a pretty strong case for this, and in a very accessible way.

The one aspect of the fall of the Western Empire which I think Heather does rather skirt over, is the impact of the Eastern Empire’s long-standing military contest with the Sassanians on their capacity to intervene in the West. This epic conflict, which ended with the Sassanians and the Romans fighting each other to a standstill, had a catastrophic long-term effect on both the combatants. Persia became easy prey for the armies of the Prophet, while Byzantium was both unable to continue its support for the Western Roman regime and ultimately unable to defend its own eastern possessions. While Heather’s thesis does take the Sassanian wars into account, I’m not sure that it gives them quite enough weight.

That’s a minor quibble however about what is overall a very solid account and a persuasive argument.

I have no idea whether Heather’s is still a left-field analysis, or whether it has since become the new orthodoxy. Either way his book is a very fine listen/read, with plenty of contemporary source material added into the mix. For anyone interested in this period of history, it’s well worth acquiring a copy.

Listening to Heather’s book inspired me to finally purchase the board game ‘Pandemic Fall of Rome’. Playing the original ‘Pandemic’ would just feel wrong in the present situation – too twisted even for someone with my sense of humour – but the ‘Fall of Rome’ variant is different enough to be acceptable. So far Keith and I have played a couple of games, both great fun. We won the first game easily – it’s a cooperative game, so you either win or lose together – but got a complete kicking in the second game! If you’d like to see a helpful overview of the game, check out Marco’s excellent video here – https://www.youtube.com/watch?v=Q2rOEVkJPp0.

Till next time – happy gaming folks, and keep safe and well. 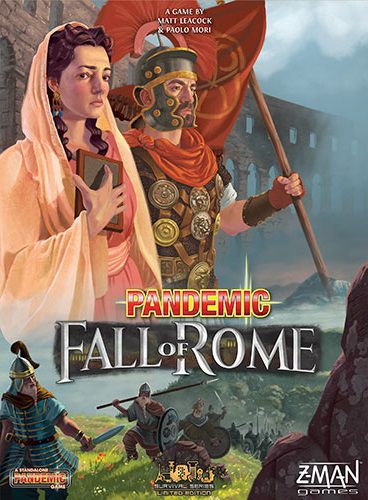